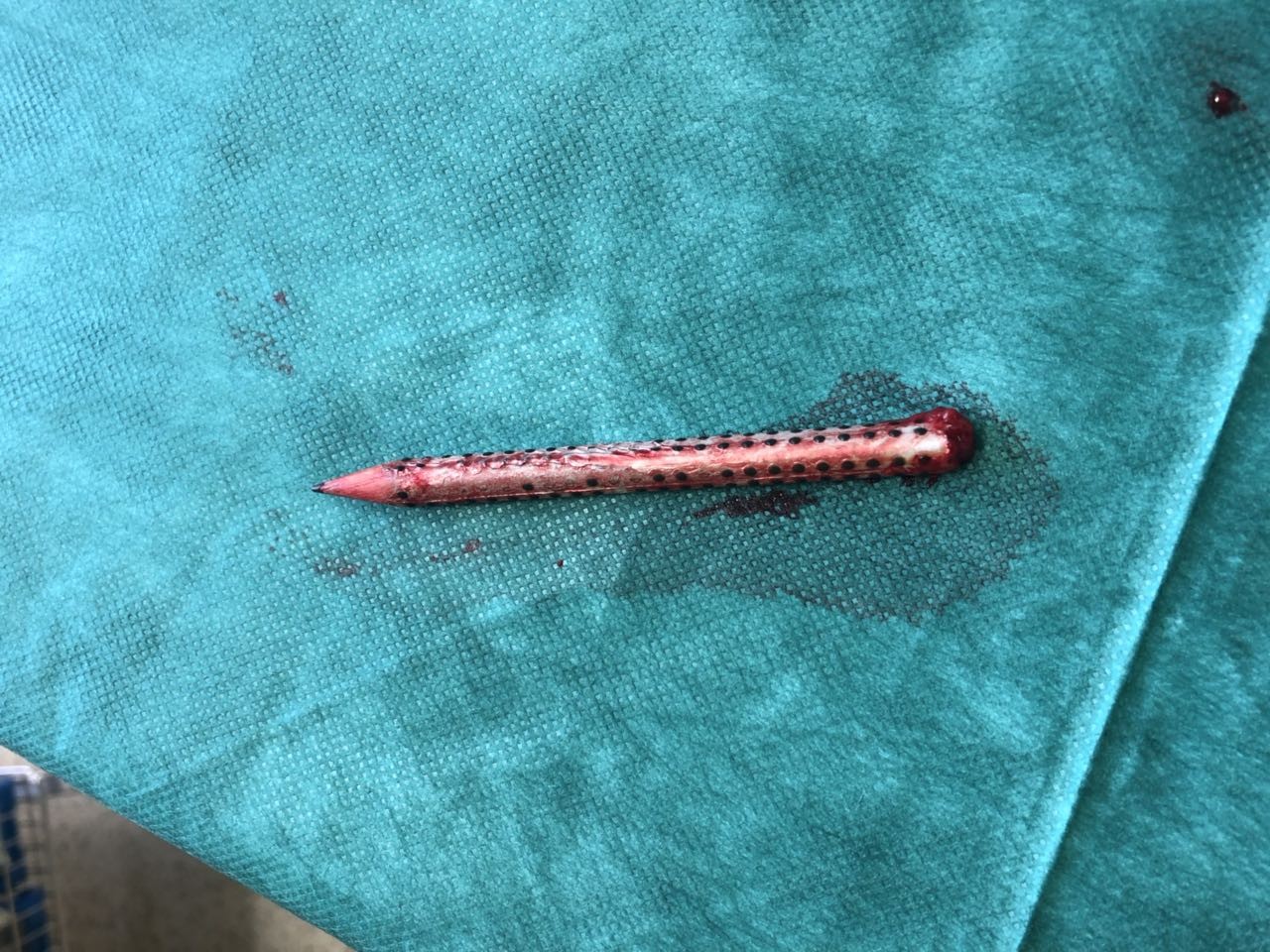 Child’s play often knows how to end badly, i.e., with unwanted consequences, problems and injuries. Little negligence can bring many problems that often end up in the hospital. It was just such a children’s game that caused severe injuries to a one-year-old child who came to our clinic with his parents asking for help. It may sound unrealistic, but in the case of this child, a sharp pencil was placed on his chair on which he sat down, and the pencil had broken his clothes and burst into the back of the thigh.

Parents sought help in several hospitals, but they could not solve the problem. After two months, wandering through the health system, they turned to our clinic.

The possibility of infection and the terrible pain alarmed our doctors led by Vladimir Chadikovski M.D., who immediately after the examination started to take out the foreign body.

Beware, a child’s game can often end up in a hospital.