Many clinics do not dispose of such equipment, expertise, organization and quality control as Zan Mitrev Clinic 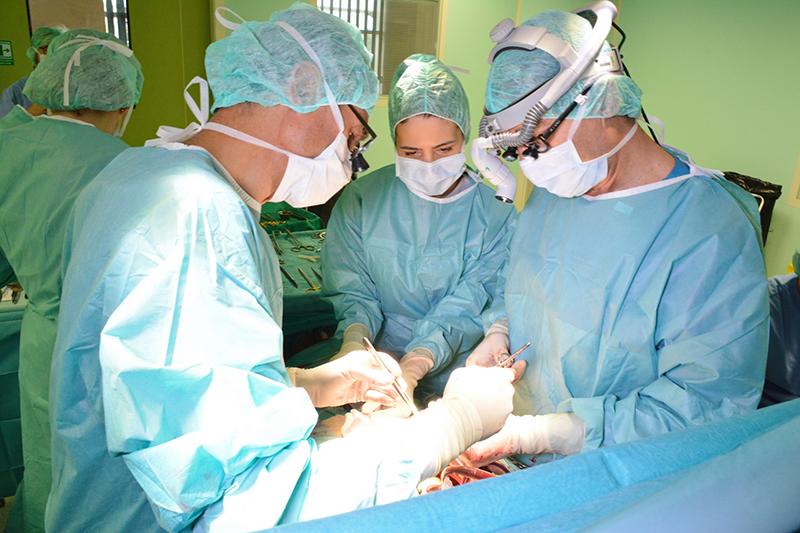 You frequently visit our country and our clinic, what are the impressions of those visits? 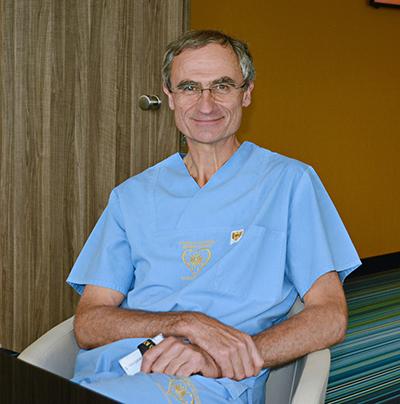 A.M. – So far, I have been in Macedonia several times. As early as 1979, with my wife, we decided to return from camping through Greece and then Ohrid. After the opening of the hospital in 2000, I was invited to visit the former Military Hospital. On the occasion of the gathering of the Macedonian Society for Cardiology and Cardiac Surgery, we were in Ohrid and we held lectures, and then we visited many interesting sights on the return to Skopje. At the 18th anniversary of the existence of Zan Mitrev Clinic in 2018, I was invited to the ceremony, also as an expert lecturer, and a special moment was the reception by the President of the Republic of Macedonia.

What is your assessment of the situation primarily in cardiac surgery in regard to the development and application of new methods?

A.M. – Diagnostics and surgical treatment as well as further treatment are on the same level as in the other European centers. The building is nicely furnished and equipped with modern medical equipment. Dr. Zan Mitrev took care of the further development of surgical techniques, many of the procedures were awarded international acknowledgements at professional congresses. The clinic provides very good medical care to patients. In certain areas, diagnostics and therapy are at the highest and the most innovative level. For a clinic, which is not directly a part of a university clinic, the scientific activities are excellent.

You have stated: “Cardiac surgery is a new branch, many things have changed, there are new possibilities”, what are these possibilities and what do they refer to? 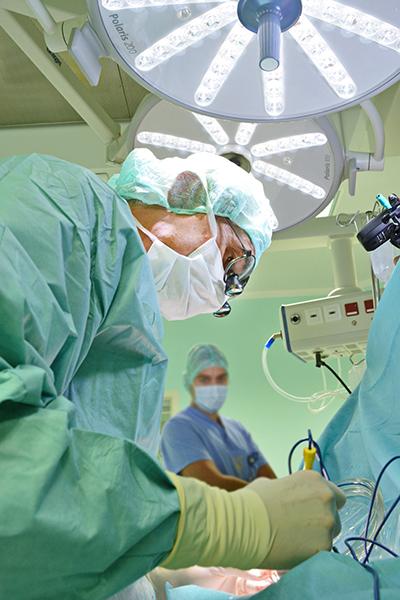 A.M. – Considering that cardiac surgery to a significant extent has existed since the mid-70s, one can say that the development so far is remarkable. There has been a significant increase in the average age of the patient. At the beginning of the eighties, there were lectures on whether cardiosurgery is possible in patients older than 70 years of age, while today the average age of treated patients exceeds the age of 70 years. New techniques, implants, the extracorporeal circulation machine, and the improvement of intensive care have created the possibility of treating complex heart diseases in adult patients, by limiting multiple organ systems.

Nowadays operating methods offer treatment options in severely sick patients without opening the chest and without the use of an extracorporeal circulation machine, which besides the described improvements, and in today’s conditions still pose too much risk for conventional cardiac surgeries.

As a director of the University Cardiovascular Center in Frankfurt, Germany, can you compare what is happening to us and generally in the Balkans when it comes to cardiac surgery?

A.M. – For 22 years I managed the Clinic for Thoracic and Cardiovascular Surgery at the University Clinic in Frankfurt. I retired after this position. For that reason, I had to dedicate more time to the support of the departments that were run or formed by my former associates and students.

Since I do not know other centers in the Balkans except Zan Mitrev Clinic, I would not like to make a general comparison in this area. But undoubtedly, many clinics in the wider region do not dispose of such equipment, expertise, organization and quality control, as they do in Zan Mitrev Clinic. In terms of equipment, this clinic is by no means lagging in comparison with the standard I have experienced in Germany. As an institution focused on patient care, the processes are organized impressively and the institution has experienced specialists.