Sequencing of the first SARS-CoV-2 genomes in Macedonia 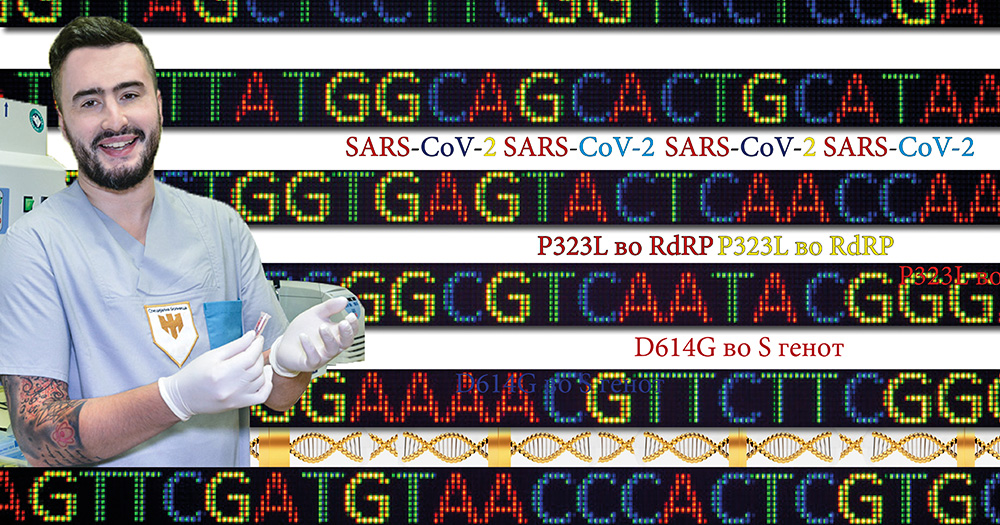 This time the team of the Laboratory of Genetics and Personalized Medicine in cooperation with the company Bioengineering, led by Dr. Goran Kungulovski, was involved in another important chapter in Macedonian biomedicine.

Namely, the team sequenced the first complete genomes of the Coronavirus SARS-CoV-2, isolated from Macedonian patients in early June.

Applying the method of third generation sequencing in real time, the team of molecular biologists completely decoded all about 30 thousand letters of the genetic material of the virus in 10 Macedonian patients. Detailed genome analysis revealed the presence of the P323L mutation in the RdRP gene and the D614G mutation in the S gene, in the isolates of all 10 patients.

These mutations are particularly important because they are found in one of the two most important proteins of the Coronavirus: the S protein is the key to the virus entering the cell and infecting it, while the RdRp gene is important for the virus division in the cell.

According to the latest scientific studies, strains that have the D614G mutation have become dominant in Europe and some regions of the United States in recent months. The D614G mutation, which is absent in 97% of isolates in China and is dominant in Europe and also detected in Macedonia, is thought to increase the transmissibility and infectivity of the virus, but has no effect on the severity of symptoms.