A first and second stage (level) of Kinesio Taping Course was held this weekend at Zan Mitrev Clinic, attended by physiotherapists from the clinic and organized by the Association of Physiotherapist of the Republic of Macedonia, with the technical support from our clinic.

The training of our team will continue in March next year when the physiotherapists will attend the third level of the course, where some more specific techniques from this method will be studied. Currently, two of the physiotherapists who work at the Zan Mitrev Clinic are Kinesio Taping practitioners and have a license to practice this technique. Through the course the other three physiotherapists of the team road are on their way to get this kind of license. Education and professional training are continuing and upgrading.

The education is conducted by the kinesio taping instructor Dragan Dimitrijevic from Belgrade, Serbia, who says he is fascinated by our clinic because of several aspects.

– Highly professional, modern, well organized. All my impressions for the Zan Mitrev Clinic are maximally positive. Your clinic respects and leads those world standards I have seen in many top hospitals around the world. The level of organization is great. Kinesio taping is a specific technique that the Japanese expert Dr. Kenzo Kase has come up with and it represents a kind of a revolution in the treatment of the human organism, in the context of the way the Western medicine looks at it.

The Western medicine sees the body locally and here we see it holistically, meaning the whole body is being treated and there is a specific diagnostics which shows, for example, if your shoulder hurts, it does not necessarily mean that the cause of that pain is in the shoulder. For example, your neck may hurt and the reason for the pain being somewhere down in the foot 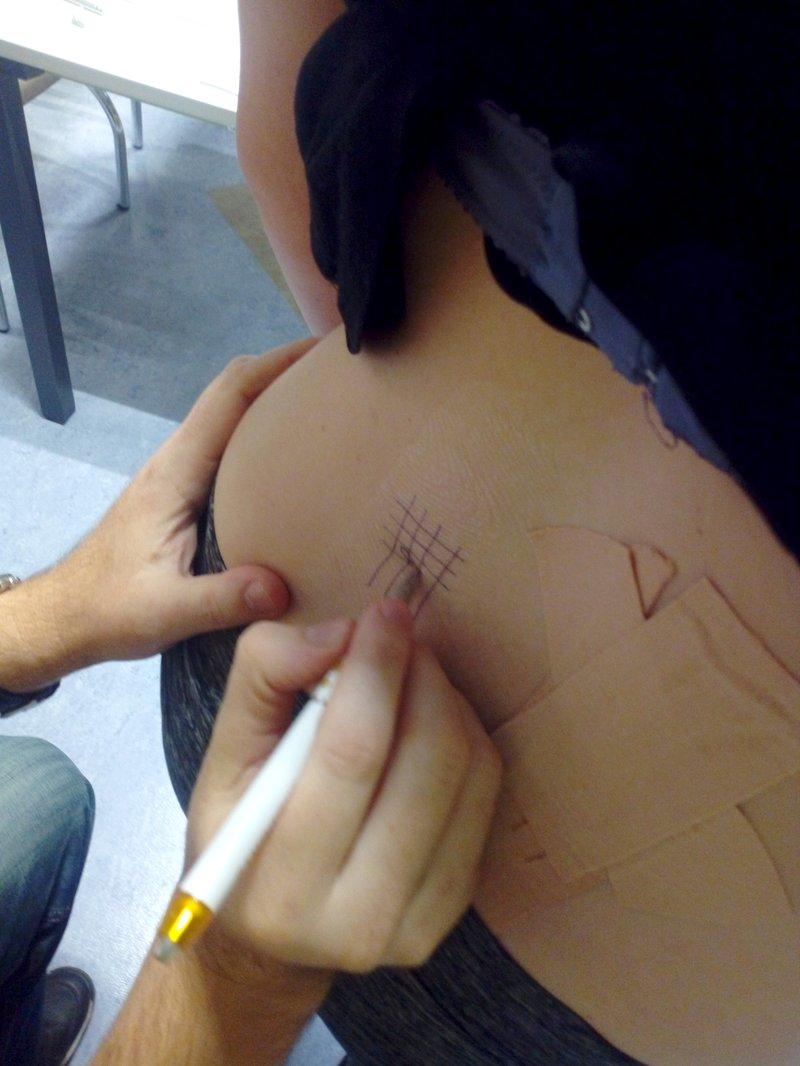 Kinesio taping is good because it can be applied in the early rehabilitation stage, in the early surgical phase, and it represents a non-invasive agent that does not use any pharmacological supplements in itself and allows the body to be cured on its own.
Practically, we use tapes that, if you look closer look like an adhesive bandage, however, these tapes are elastic. You can not stretch the usual adhesive bandage, but these tapes can be stretched, and depending on what we want to achieve, we cut the tape in a different way and spread it to a different degree of tension, as needed. The tape is shaped according to which muscle we want to treat with it, for example. This method is very effective if someone has swellings, hematomas; it helps speed up the resolution of that problem and enables the body to start functioning as soon as possible.
However, in kinesio taping, there is a specific diagnostic, meaning that anyone cannot stick kinesio tapes and this is precisely why there are courses where certified instructors teach physiotherapists so that they know exactly where they need to stick the kinesio tapes with the purpose of a quick and successful recovery – stated the kinesio taping instructor Dragan Dimitrijevic.
Science defines Kinesio Taping as a technique for applying “KinesioTex” tapes, designed to accelerate the process of natural healing of the body, providing support and stability of the muscles and joints, without their limitation.
The Kinesio Taping is based on the concept of facilitation of the muscular and skin movements, in order to achieve a biomechanical, therapeutic effect on the treated zones. 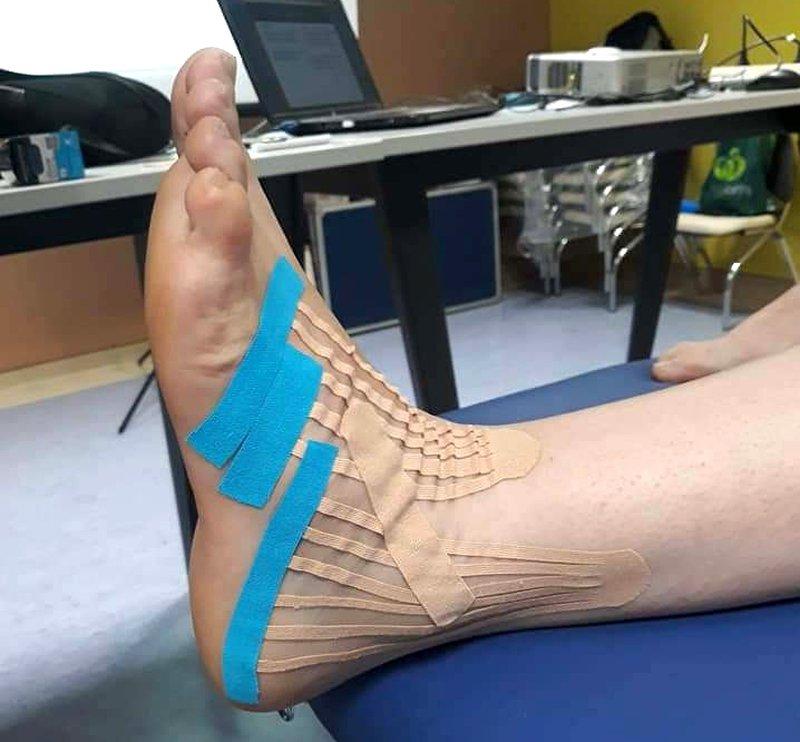 The tape with its micro movements stimulates the skin and subcutaneous receptors, stimulating the nervous system that governs the muscle reflex. In addition, the tape by means of skin stimulation reduces lymphatic and blood congestion, improves local microcirculation and facilitates the swelling reduction. The tape, actually, by wrinkling the skin, increases the intra cell space, thus facilitating lymphatic drainage. i.e., by reducing the tension on the subcutaneous pain receptors, the pain is reduced and the surrounding tissue is prevented from injuries, edema and bleeding.

The founder of this technique, Dr Kenzo Kase, visited our hospital two years ago, as part of his visit of Macedonia on the occasion of the Second Congress of Physiotherapists, and he had the opportunity to personally look into our hospital.