First ablation in a child performed in Zan Mitrev Clinic 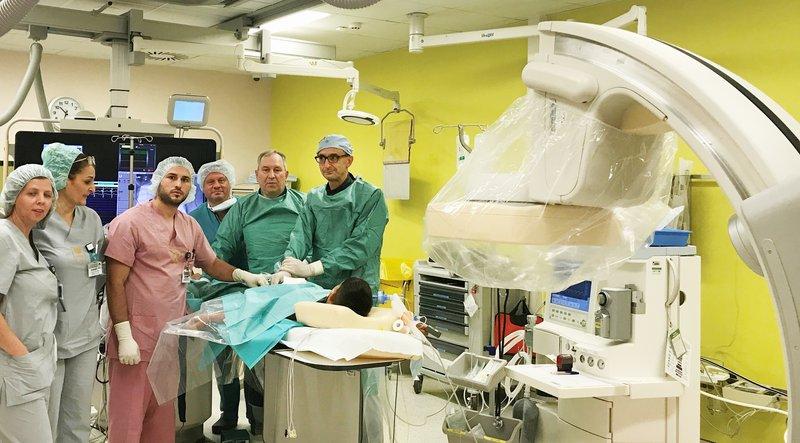 The team of interventional cardiologists at Zan Mitrev Clinic for the first time in the country performed an ablation in a child, namely, ablation of the accessory path in the right-posteroseptal region.

It is a matter of an eight year old child who has had a problem with tachycardia (accelerated heartbeat) for a longer period of time. The intervention ended successfully, whereupon soon the child will be discharged home, together with his parents. The members of the team that performed this intervention said that the patient’s safety was first, and a lot of attention was dedicated to it, as well as to the positive final outcome.

The parents contacted us and asked for help for this small child who suffered of tachycardia. We admitted him and today with three teams of anesthesiologists, cardiologists and electrophysiologists, we performed an electrophysiological study. One cardia is provoked where the impulse travels along the normal path and returns along the accessory path along the right posteroseptal region and here we interrupted that impulse. The result is a successful ablation of the accessory path in the right posteroseptal region. The child had tachycardia, and also circulation of the impulse between the atrium, the ventricle and the accessory path, and we interrupt only one part of the path, thus only the tachycardia is interrupted. We interrupt the path that leaves no consequences, and it is this accessory route. In this way we solve this problem. Because it is a matter of a child, this means that a specific anesthetic is required, therefore smaller and thinner material should be used, which we have and we use in Zan Mitrev Clinic – explained the team members of our clinic.