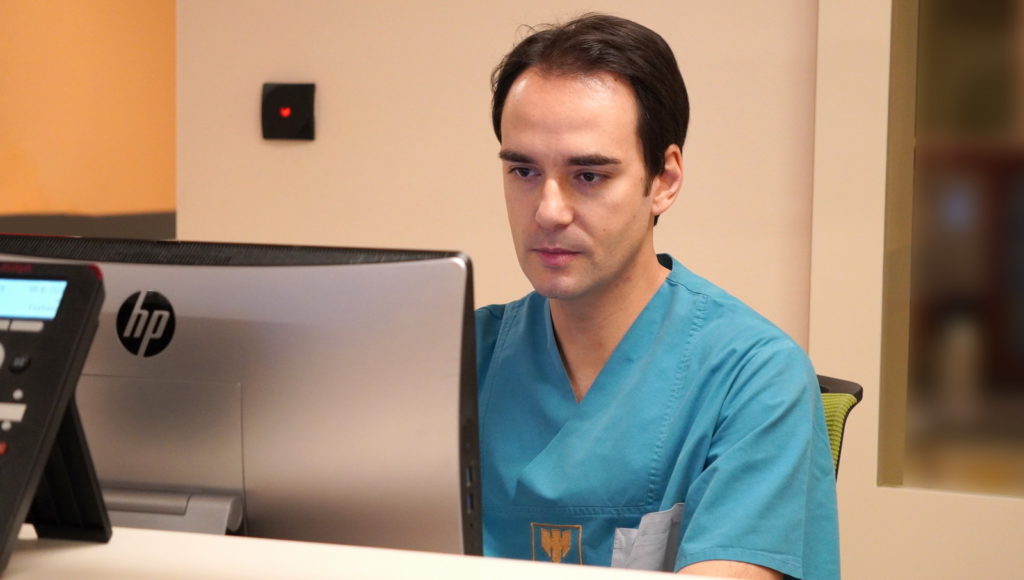 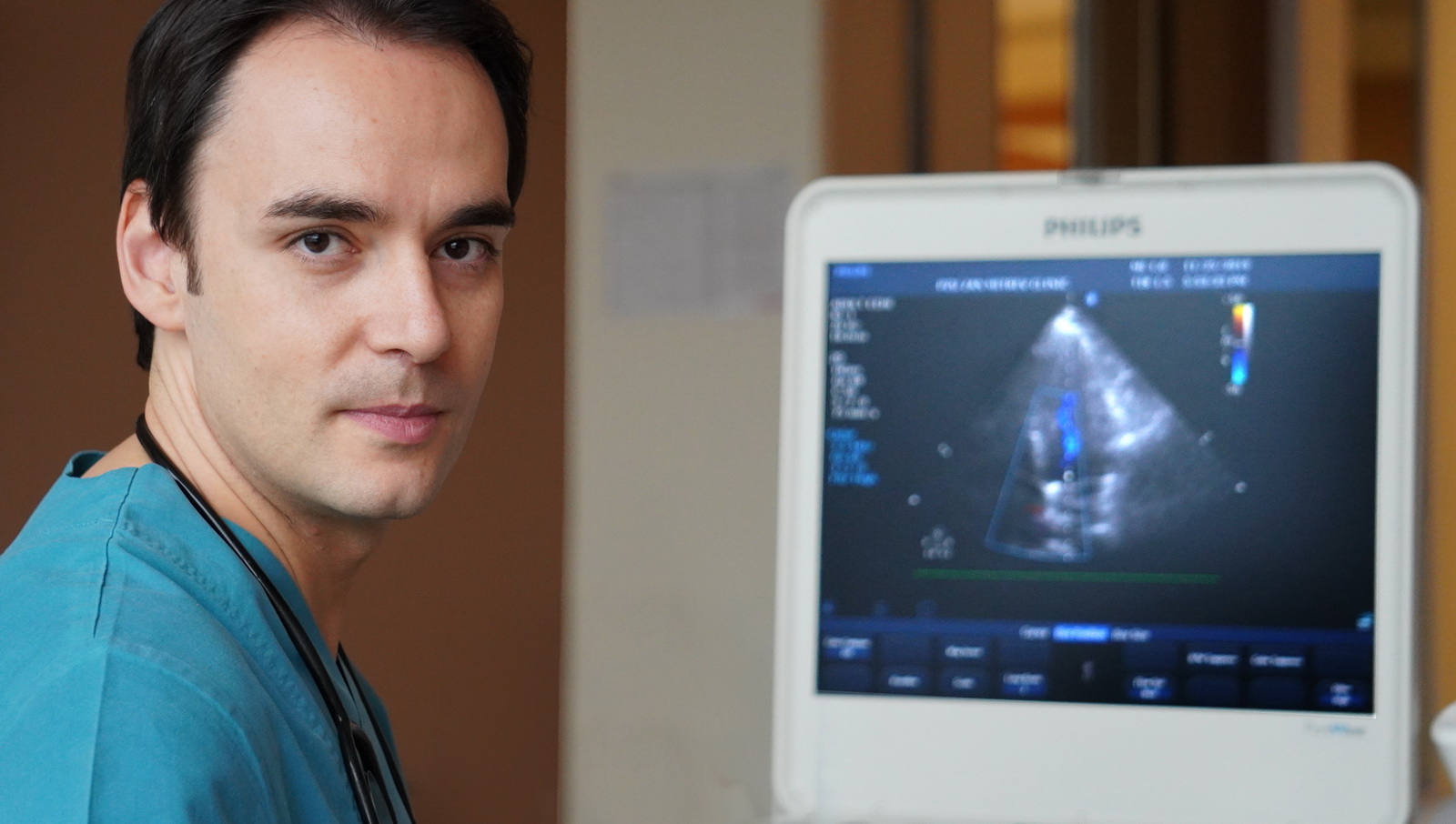 On October 21, 2009, the Zhan Mitrev Clinic received a new publication on the topic “The AKR1D1*36 (rs1872930) Allelic Variant Is Independently Associated With Clopidogrel Treatment Outcome.”

This original work was published in the prestigious Dove Press Journal: Pharmacogenomics and Personalized Medicine. This study was accepted and presented by the team of the Zhan Mitrev Clinic at the International Congress organized by the ESC European Society of Cardiology this year in Paris. The team that prepared this paper was composed of: Petar Ugurov MD in the role of a clinical doctor, Rodney Rosalia MD responsible for scientific research at the Zhan Mitrev Clinic, and associate professor Aleksandra Kapedanovska Nestorovska MD from the Faculty of Farmacy at the Sts. Cyril and Methodius University in Skopje.

Dr. Petar Ugurov answered a few questions related to this research conducted in our clinic and the importance of its application primarily when it comes to patients’ safety, health and rapid and safe recovery.

What was the purpose of starting this research and what is it that makes this study so specific and significant?

Dr. Ugurov: The goal of our study was to retrospectively examine genetic polymorphism in patients with pre-placed coronary stents or peripheral bypasses who were indicated to receive Clopidogrel, and to see the association of AKR1D1*36 polymorphism with the incidence of cardiac and cerebrovascular events in patients using Clopidogrel. We have developed an original work that we are proud of and, most importantly, contribute to enriching scientific thinking as well as improving patient status and reducing the risk of MACCE, or more precisely the most common adverse cardiac and cerebrovascular conditions in patients.

CLOPIDOGREL is one of the most common antiplatelet drugs that has been widely used for conditions such as acute coronary syndrome, myocardial infarction, stent placement, bypass, etc., with recent research showing that almost 30% of patients taking it have genetically predisposed resistance – which means that the drug does not work at all.

How did you come up with the idea for starting this study?

Dr. Ugurov: In March 2010, the FDA (US Food and Drug Administration) issued a warning for Clopidogrel:

– Warning for decreased efficacy in patients who are poor metabolisers of Clopidogrel. This means that poor metabolizers do not effectively convert Clopidogrel to its active form in the body.

According to research done in our clinic, patients with implanted stents for example, have 8 times greater risk of stent clogging it they are taking CLOPIDOGREL, which does not work.

It was a good reason to think and discover ways in which we can help our patients, thereby protect them from new adverse cardiac or cerebrovascular diseases.

The opening of the genetic lab at the ZMC has also opened up the possibility of investigating and understanding the problem in these patients who take certain antiplatelet therapy, but the drugs themselves do not work, and unfortunately could not be previously tested for their genetic sensitivity.

Can you tell us more about the study?

Dr. Ugurov: The beginning of genetic studies in patients on antiplatelet therapy with Clopidogrel has shown that the genetic polymorphism of the enzyme CYP2C19 is one of the possible mechanisms for the reduced antiplatelet effect of Clopidogrel.

However, the known polymorphism CYP2C19 does not provide a complete response to all observed interindividual differences and Clopidogrel-related phenotypes. As a result, we have assumed that other (genetic) risk factors are involved.

Recent studies refer to the role of the AKR1D1 gene 10-12 as a trans-genetic regulator of the Cytochrome P450 (CYP450) network. Hence the idea that polymorphism AKR1D1*36 contributes to an increased risk of frequent cardiac and cerebrovascular events during Clopidogrel therapy. 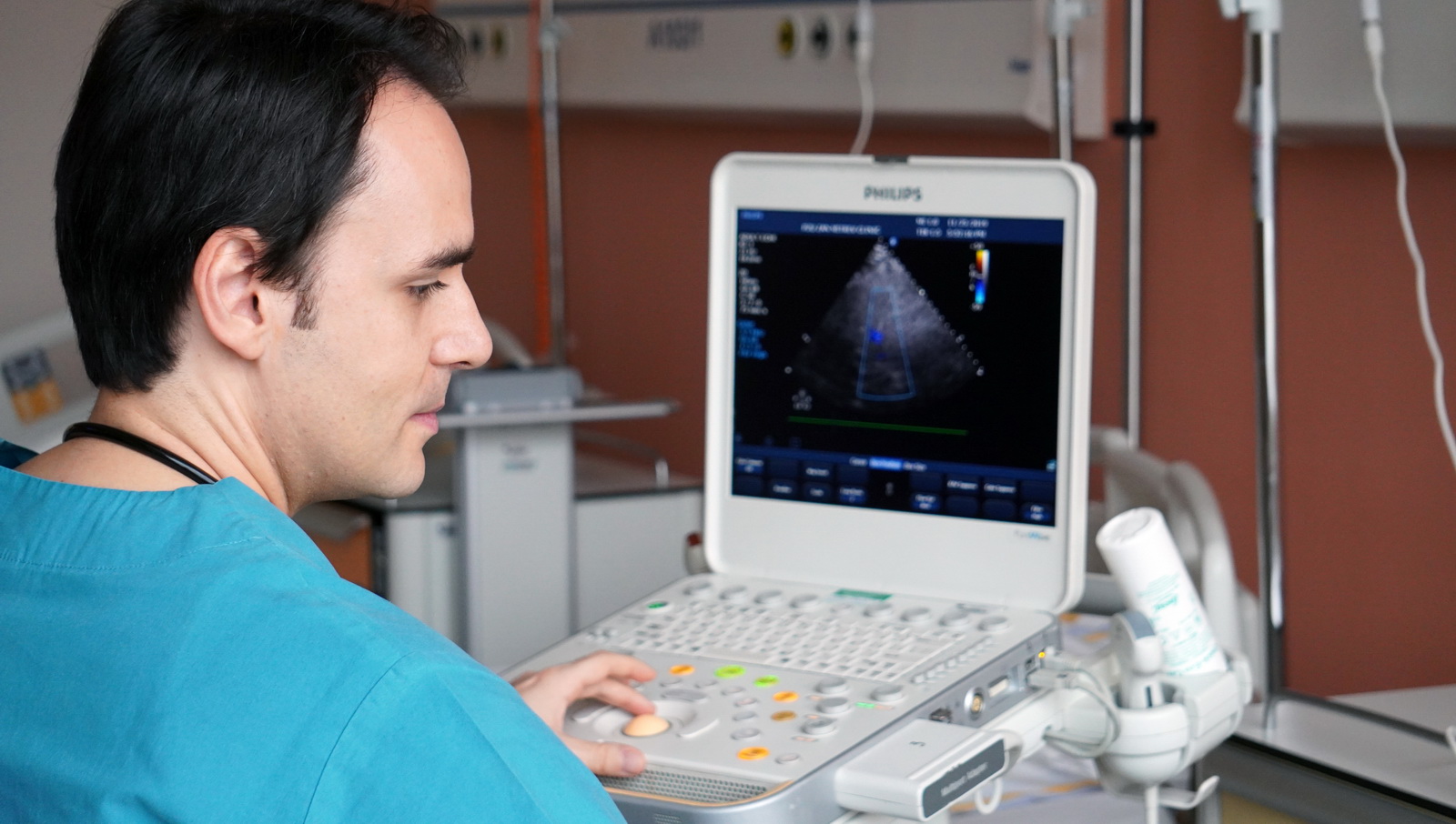 Genetic analysis of the polymorphisms AKR1D1 and CYP2C19 was performed at the Centre for Biomolecular and Pharmaceutical Analysis at the Faculty of Pharmacy within the Sts. Cyril and Methodius”, Skopje, Republic of Macedonia.

In our study, we used the Cox Proportional Hazards Model, which confirmed the following MACCE risk factors shown in Table 1: 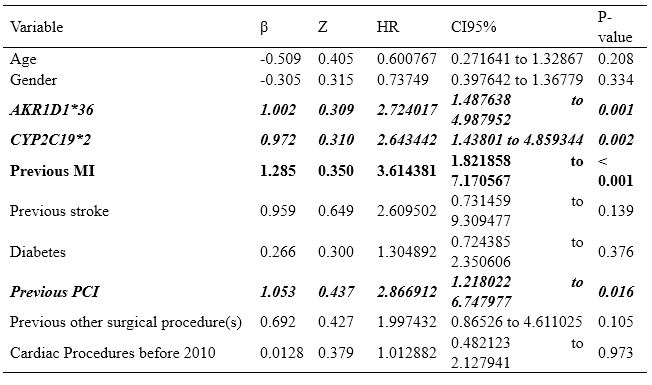 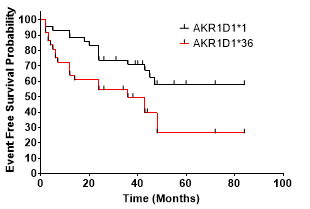 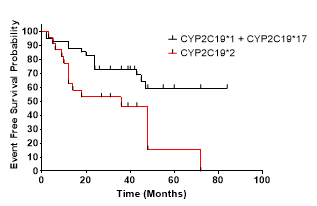 In this study, we proved and concluded that AKR1D1*36 (rs1872930) is independently associated with a higher risk of MACCE in patients with antiplatelet therapy.

Dr. Ugurov: Because of all this, there are world-class guidelines suggesting that before initiating therapy with CLOPIDOGREL, the patient must make a pharmacogenetic analysis for the drug’s sensitivity. This test is done once in a lifetime, but it means a lot in making the right decision for effective therapy.

Therefore, we urge everyone who is on CLOPIDOGREL therapy to take this test. All that is needed is venous blood, and the results are obtained in one working day.